Get the latest creative news from FooBar about art, design and business.

TOP 7 STEPS TO IMPLEMENTING YOUR CMMS RIGHT – THE FIRST TIME

4 Options For A Luxurious Spa Vacation In Europe

What To Look For When Renting A Retail Space In Abu Dhabi?

Top 5 Attractive c in India You Should Visit 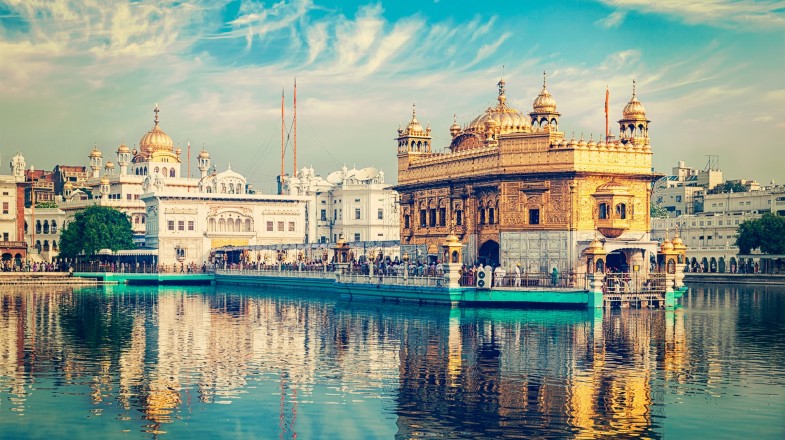 India is a nation rich in diversity, with vibrant cultural groups, many languages, ancient palaces, and monuments. India is home to many man-made and natural wonders. Millions of tourists from abroad visit India each year because of all these reasons.

Indian cities are rich in tradition and exude Indian lifestyles. India’s dusty Rajasthan desert is one side, while Goa has its laid-back beaches. India is showing a strong sense of hospitality by hosting social awareness campaigns such as “Atithi Devo Bhava”.

This article will briefly discuss the 5 most attractive cities in India. These cities are worth considering if you plan to visit India, the most populous country in the world.

Delhi:
Delhi, the capital city of India is a vibrant mix of modernity and crumbling history. This is the heart of India for centuries. Red Fort, a masterpiece of Mughal architecture, was built in the 17th century. Jama Masjid in Delhi is a peaceful place that will soothe your soul.

From the top of the mosque tower, you can see the entire city from a broad angle. The top places to see in Delhi are Humayun’s Tomb and Qutub Minar. Street food and shopping are popular at the Chandni Chowk Market in Delhi.
The best time to visit Delhi is October-March

Mumbai:
The west coast of India is home to this densely populated city that was once called Bombay. It is home to the iconic arch-monument Gateway of India, which was built in the 20th century. Mumbai is the Indian financial capital. It also hosts the Bollywood film industry. The stark changes in Mumbai’s lifestyle can be seen.

On one side, you will find some of the most luxurious homes in the world, and on the opposite, the largest slums in Asia. For a refreshing feeling, you can walk along the Marine Drive promenade. Chhatrapati Shivaji MahrajVastuSangrahalaya, which focuses on the history of the city is a good place to start. You should also visit the Elephanta Caves, Juhu Beach, and Colaba Causeway.
The best time to visit Mumbai is November-February

Rishikesh:
This spiritual city is located in India’s Uttarakhand state, at the foothills of the Himalayas and near the Ganges River. This city is revered as a sacred place and is an ideal location for meditation and yoga classes. Every evening, Ganga Arti at Triveni Ghat is a magnificent representation of Indian culture.

Rishikesh tour can also be used for adventure activities, in addition to spiritual practices. Parasailing, paragliding, and trekking are just a few of the adrenaline-hungry activities available. You should include Ram Jhula or Laxman Jhula when you plan to visit Rishikesh.

These bridges span the Ganga River, and they offer a spectacular view of the river. This beautiful city has a lot to offer its visitors, including deep cultural and spiritual vibes as well as adventurous activities.
The best time to visit Rishikesh is October-February

Kochi:
Kerala, a coastal city in southern India, is located. With its unique architectural design, the city combines the best of both the past and present. The top places to see in Kochi are LuLu Mall and Kerala Kathakali Centre. Chottanikkara Temple is also a popular spot. Wonderla Amusement Park is nearby.

Kochi is known as the Queen of the Arabian Sea because of its trade activities and coastline. The spice trading hub of India, Kochi is also home to spices. Its trading network dates back as far as the pre-Islamic period. This beautiful city is worth a visit during your Kerala tour.
The best time to visit Kochi is October-February

Udaipur:
Udaipur, the former capital of Mewar Kingdom is an idyllic city in the Indian state Rajasthan. The city is known for its beautiful lakes. Its ancient royal residences are a testament to the luxury and lavishness of the city. The monumental City Palace of Udaipur, overlooking Pichola Lake, is a magnificent monument.

Share. Facebook Twitter Pinterest LinkedIn Tumblr WhatsApp Email
Previous ArticleA Comprehensive Guide to Everything You Should Know About the Kedarkantha Trek in 2021!
Next Article Everything You Need to Know About Crypto Paper Trading Apps

A Comprehensive Guide to Everything You Should Know About the Kedarkantha Trek in 2021!

Best tour and travel agencies in the USA

Some Safety Tips for Your Tenerife Holiday Trip

Can You Travel Without The Body? – Sadhguru Explains

Remember! Bad Habits That Make a Big Impact on Your Lifestyle

The Right Morning Routine Can Keep You Energized & Happy

How to Make Perfume Last Longer Than Before

TOP 7 STEPS TO IMPLEMENTING YOUR CMMS RIGHT – THE FIRST TIME

You’ve decided to take the plunge and streamline your operations with a CMMS – congratulations!…

4 Options For A Luxurious Spa Vacation In Europe

What To Look For When Renting A Retail Space In Abu Dhabi?

Where To Celebrate Your Children’s Birthday Parties In Dubai 

Get the latest creative news from SmartMag about art & design.